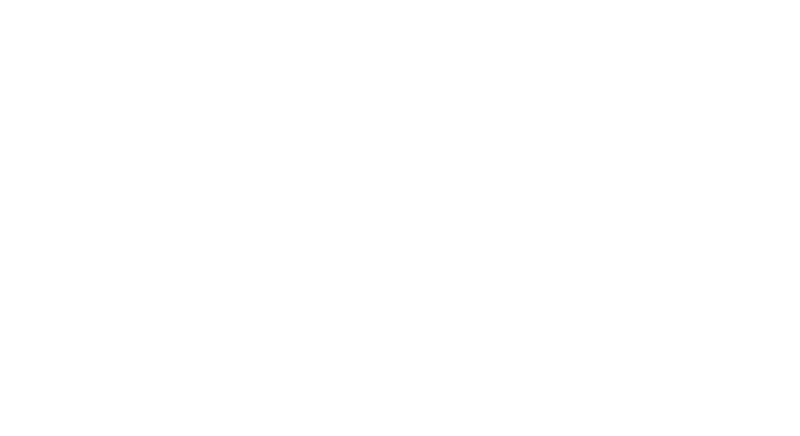 From ’71 to ’76 he has been editor of the magazine Casabella and from 1977 to 80 editor in chief of the magazine of Design MODO, directed then until 1983. In 1973 he collaborated with Aldo Rossi in the organization of the International Architecture Section of the Milan Triennale. In 1973 he organized and set up the first critical exhibition on Italian Radical Design for the IDZ (Internationale Design Zentrum) in Berlin. In 1975-76 he became secretary coordinator of the Visual Arts and Architecture Section of the Venice Biennale, also creating the exhibition “Europe / America” ​​Urban architectures / suburban alternatives. In 1979-80 he was responsible for the Design Collection at the Milan Triennale, creating the exhibitions “Census of design” and “The decorated house”. As an author and designer he participated in various exhibitions including: “Assenza Presenza” (Bologna 1978) “Fifty years of Italian architecture” (Milan 1979), “Provokationen” (Düsseldorf 1982), “From the spoon to the city” (Milan 1983), “A Postmodern generation” (Genoa 1983), “La neomerce” (Milan-Paris 1985). In 1983 for the XVII Triennale di Milano he curated and prepared the exhibition “Le case della Triennale”. In the XVIII Triennale of 1989 he ordered the Design Section in the exhibition “The future of the metropolis”. In 2010 he set up at the Palazzo della Ragione in Milan the photography exhibition by Giovanni Gastel “Maschere e spettri” curated by Germano Celant. In 2015 he curated and set up the exhibition of architectural drawings “A 40-year-long gallery” at the Milan Order of Architects. In 2016, for the FAI Fondo Ambiente Italiano at Villa dei Vescovi (Padua), he designed the international exhibition Glass, Arte del Vetro. In 2017 at Palazzo Madama in Turin, he designed the exhibition “Under another light”, The jewels of Gianfranco Ferrè. His On-Off lamp for Luceplan is present in the permanent collection of the MOMA of New York, while works and drawings can be found in the collections of the FRAC Museum in Orleans, the Center Pompidou in Paris and the Collection of the Milan Triennale. His personal exhibitions were held in 1982 at the AA (Architectural Association) in London, in 2005 and 2015 at the Galleria Jannone in Milan. He has designed architectures, installations, exhibitions, books, magazines, sets, environments and objects; the latter for various companies including: Fontana Arte, Cappellini, Kartell, Poltronova, Luceplan, Tendentse, Roset France, Barovier & Toso, Candle, Zeus-Noto, Artemide and Danese. From 1996 to 1998 he has coordinated the Department of Architecture at the European Institute of Design in Milan, where he taught from 1989 to 2000. Since 2001 he teaches Interior Architecture at ISIA in Florence.

Born in 1946 in Lissone, son of a cabinetmaker, from an early age he experiences the carpentry workshop. These are the years of economical growing in Italy, a period in which the first industrial furniture productions emerge from the small realities of the shops, and a new profession is emerging, capable of conceiving projects for a series production: the designer. Still sixteen years old in 1962 he became Head of the Technical Office of Besana Mobili. From 1966 to 1971 he was Head of the Research and Development Center of Boffi Cucine, taking part in the European Standardization. In 1971 he joined as a member in the “A & D” studio, where he developed with Luigi Massoni product projects, stands, showrooms and fittings for some of the most important Italian companies such as: Boffi, Poltrona Frau, Nazareno Gabrielli, Poliform, Porro, Matteograssi. In 1991, at the closing of the “A & D” studio, he founded his own studio “Piergiorgio Cazzaniga Design” in Lentate sul Seveso, pursuing an intense design research that over the years led him to material and technological inventions with results of extreme clarity and formal simplicity. This research will see the light thanks to the collaboration with companies like Porro, Composit, La Palma, Living Divani, MDF Italy, Tribù, Desalto, Lema and Andreu World. His activity obtains numerous international awards.

Carpanelli is a family company that from 100 years has rooted in the artistic manufacturing of wood and in high level cabinet-making.
The third generation with Giuseppe, Angelo and Daniele has taken the witness of a great historical reality enriching the “added values” always recognized in the Carpanelli style, trying to interprete the challenges of today furniture world.
Giuseppe, graduated at Politecnico of Milan in Archiecture by making his degree thesis with professor Arturo Dell’Acqua Bellavitis, coordinates the creative and project phases.
Angelo, graduated in law at Università Statale of Milan, is the sales manager of the company.
Daniele, graduated in Economics at Univesrità Bicocca of Milan with a specific degree thesis about the evolution of distribution in the furnishing sector, is the administrative responsible for the management and control phases.

Marcello Francone 1959. He studied graphic and photography at “Istituto d’arte” of Monza with AG Fronzoni.
After the studies he worked with Friedmann Kaltbrunner at Contact Studio, he collaborated with G&R Associati and Studio Anselmi.
In 1983 he began to work on books with the publisher Electa, where in 1985 he took on the management of the graphic design office and in 1988 he performed the position of art director.
From 1994 to 2016 he held a publishing course to the students of the third year at “Accademia di Comunicazione” in Milan.
In 1995 he started his collaboration with Skira, taking part to the relaunch of the historical Publishing Art house of which he is currently art director.
In 2005 he was Visiting professor at Design faculty at Politecnico di Milano Bovisa, where he held a workshop called “Disegnare libri che raccontano il progetto”. From 2017 he is professor of editorial graphics, Visual Design course at Raffles Milano.

Born in Muggiò, 9th May 1951
Designer and professor of materials technology at Accademia di Belle Arti di Milano (NABA).
In the ‘80s he was technical director of Zanotta.
During this period he collaborated for the selection and engineering of products designed by Gio Ponti, Achille Castiglioni, Bruno Munari, Marco Zanuso, Gae Aulenti, Enzo Mari, Joe Tilson, Alik Cavaliere, Mimmo Paladino, Emilio Scanavino, Jonatan De Pas, Donato D’Urbino, Paolo Lomazzi, Alessandro Mendini, Ettore Sottsass and many others.
Through this contacts he develops a structured and complete project culture thanks to the natural contact with different and prestigious personalities with whom he often creates a relationship that goes beyond the professional attendance.
From 1992 he begins an independent consultancy activity for the industrialization of design product, collaborating as an external with Zanotta, Interflex, Arflex, Cappellini international.
From 1997 he established the Sigla studio with Marina Bani e Patrizia Scarzella.
The studio deal with industrial design, engineering and interior design.
With Sigla he has worked and signed products with national and multinational companies:
Pyrex Francia, Saint Gobain Glass Germania, Koleksiyon Turchia, Neoset Grecia.
In Italy: Arflex, Bormioli Rocco, Baleri Italia, Caspani Tino, Colombostile, Carpanelli, Desalto, Fantini rubinetterie, Flou, Fontana Arte, Pirelli Bedding, Tisettanta, Vismara Vetro, Serralunga, Turri, Zanaboni, Zanotta.
The printed glasses Thela, Maris, Nemo made by Saint Gobain Glass, were selected by ADI for the Compasso d’Oro 2005.
He wrote a satirical comic “Da grande farò il designer” published by Lupetti, and another, more serious “A regola d’arte” for Lybra Immagine editions. He has collaborated with a fixed column about design on the monthly “Io Architetto” and with “La Rivista dell’Arredamento”.
He gained the literary award “I Racconti della memoria” announced by the Ecomuseo of Nova Milanese edition 2012.
The “Smoke” sofa, designed for Colombostile has been awarded for a charity auction in Las Vegas, because it belonged to Michael Jackson.

Born in Rimini in 1959, he studied architecture in Florence. In 1989 he created the Tatlin sofa by Edra, which was among the winning products of the prestigious Top Ten Award in Dusseldorf. In 2000 he moved to Rimini where he opened “RM 12 art & design”, Art Gallery and Design/Interior Architecture Studio. In 2010 he was invited by Seoul Living Design Fair (Korea) to exhibit “The Italian/Korean house”. He is currently a tenured professor at the Academy of Fine Arts in Bologna. He is “Chiara Fama” (for outstanding reputation) lecturer without tenure of the course of Outdoor Design at the Milan Polytechnic. He won the Gold A’Design Award 2017 with the project of Nemo table for the Company SCAB Design.

Francesco Scullica, architect and research doctor in interior architecture, is an associate professor in industrial design at the Department of Design of Politecnico di Milano. Since 2012 he has been the scientific director of the Interior Design Master of the Politecnico di Milano- POLI_design; he graduated from the Faculty of Architecture at Politecnico di Milano. From 1990 to 1999 he began to collaborate in the interior design and design courses of the furnishing products held by Prof. Arturo Dell’Acqua Bellavitis at the Politecnico di Milano, paying particular attention to interior design, product design, mobile and design in general. In particular, in relation to this educational collaboration, there are tutoring activities carried out on projects related to major Italian companies (“Bernini”, “Cassina”, “Fiat Auto”, “Techno” and “Zambon”). He has participated and participates in the activities of visiting professor in international seminars and workshops in foreign schools, including the Barcellona School of Architecture (SP) La De Montfort University in Leicester (UK), the Institute of Art Visule of Orleans (F), the Fachhoch-schule fur Gestaltung Schwabish Gmund (DE), the TEI (Technological Educational Institution) of Athens (GR) the Lantao Culture- (China), the HEAD (Haute Ecole de Design- Art) in Geneva ( CH), the Tongji University of Shanghai (China). This in relation to his role as Co-Director of the Executive Design Management Master for Innovative Environments- Politecnico di Milano and Tongji University of Shanghai, the RTU Riga Technical University and the Academy of Art and Design of Riga. His main research interests are focused in interior design, hospitality and hotel design, furniture, office, retail, sustainability in the interior design in relation to Design for All.

He has published many articles, essays, texts, conference proceedings for national and international publishers.

From the academic year 2000-01 he teaches at the School of Design of the Politecnico di Milano. His most recent consultancy activities include the role of scientific curator of the “Hybrid Lounge” exhibition at Homi, the Lifestyle fair at Fiera Milano, an exhibition on new trends in interior design finishes and materials.